Though the movement for Vermont’s political independence has been in existence for a number of years, its size and profile has been recently increasing. Last year, almost a dozen Vermonters openly ran for political office as advocates of independence, and the outreach done by their campaigns brought many fresh faces into the movement. Furthermore, we’ve also recently received an unprecedented level of coverage from the press, which culminated recently with Vermont being named by TIME Magazine as one of the world’s top ten “aspiring nations.”

To build upon these gains and bring the independence movement to the next level, we’re pleased to announce the formation of a new organization: the Vermont Independence Alliance (VIA). Intended to be grass-roots and democratic, VIA will provide a “big tent” under which the diverse supporters of a Free Vermont can organize locally around the following principles:

In order to advance these shared principles, VIA chapters will first be organized in each of our state’s counties. These groups will serve as local hubs of both political activism and community service, forming the movement’s sturdy, grass-roots foundation. Once a sufficient number of counties are organized, a convention will be held to constitute a state-wide organization. While most resources and responsibilities will remain at the county level, the state organization will take the lead in coordinating large events and supporting state-wide candidates for public office.

If you support our principles and goals and would like to get involved in your county, please enter your information into the form here. Once enough people in your county have expressed interest in starting a VIA chapter, we will schedule an organizational meeting and help you get this project underway in your community!

Get in touch with VTIndependence.org! 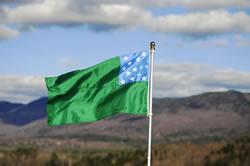